The topic this week is a Spring Cleaning Freebie. I noticed I had read exactly ten + 1 books in February, so I thought I'd write some mini reviews and thoughts on them. A real mixture of lots of audiobooks, a few ebooks, and a few real life books. Check out other takes on the topic at That Artsy Reader Girl, and find future topics. 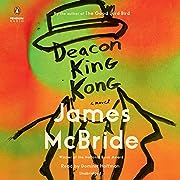 Deacon King Kong - James McBride 🎧
This is a book on the Tournament of Books this year, (which started yesterday) and it was also on Obama's list of books to read from last year. It was a little long and while I didn't love it, part of that was because I  was listening, and sometimes I miss things and there were a lot of characters. It's one of those books were I probably would have gotten more out of it in paper. But I can completely see why it got rave reviews. Perfect book to read during Black History Month.

A Visit From the Goon Squad - Jennifer Egan
Another book that took me forever to read, through not fault of the book. It was a type of book I enjoy - connected short stories, and involved the music industry. Maybe I took so long because I like the cover and enjoyed looking at it so much.

The Chalk Pit - Elly Griffiths 🎧
I am moving through a great mystery series, Ruth Galloway, and while most are available in ebook format, this book #9 was an audiobook. All the books are good, and it is the characters' lives that make this series good, the mysteries are okay. Ruth is a forensic archeologist and is called in by the police whenever bones are found - old or new. Book #13 will be the latest in the series, so I am getting close to catching up to new releases.

Your Perfect Year - Charlotte Lucas (ebook)
I got this book through Amazon's free World book giveaway series. This one is translated from German, and is set in present day Germany. It is kind of a chick lit book, but there are some darker themes (suicide) that propel the plot. Repressed publisher Johnathan finds a journal already filled out for the year, and while trying to find the owner, becomes very interested and realizes how boring his life is. Told in alternating chapters with Hannah, a child care worker who is opening her new business. 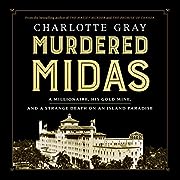 Murdered Midas: A Millionaire, His Gold Mine, and a Strange Death on an Island Paradise - Charlotte Gray 🎧

I've read and enjoyed several Charlotte Gray books (The Massey Murder, Nellie McClung) so I I knew this would be good. In the 1940s, Harry Oakes was murdered in the Bahamas after making a fortune in mining in Canada. After spending a bit too much time in the beginning in the mining industry, things picked up. There was little resolution to the murder, but several suspects were identified. And that scoundrel of the 1940s, the Duke of Windsor and Mrs Simpson were in exile in the Bahamas come up in the narrative.

I don't usually read poetry, but Milk and Honey is a book I've seen posted about. And it was a good read. I picked it up here and there, and read a few poems as a time. There are four sections -The Hurting, The Loving, The Breaking, The Healing. I preferred the positive poems (loving and healing.)

Transcendent Kingdom - Yaa Gyasi (ebook)
Another Tournament of Books entry, Gifty tells the story of her family starting when her mother comes out to stay with her in California from Alabama. There is a lot going on - addiction, depression, immigration, scientific research, but I liked Gifty and felt for her little girl self remembering life before the death of her brother, and when her Ghanian family was still together. Well written and engaging. I've wanted to read Gyasi's first book, Homecoming, and will definitely keep an eye out. 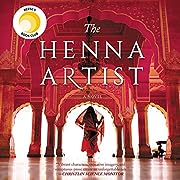 The Henna Artist - Alka Joshi 🎧
Good historical fiction (I seriously always forget how much I enjoy historical fiction. It is never a topic I am drawn to, but I really like it) set in India in the 1950s. The main character is the titled henna artist working for upper class women, as well as dabbling as a herbalist. When her abusive ex-husband (she was forced to marry when very young) shows up with her unknown sister, Lakshima is now responsible for a young teenager which threatens to upset the life she has been building. Lots of blackmail, threats, and secrets get revealed, somewhat neatly, but it was fast-paced, with interesting twists, and characters who are not perfect.

The Wife Upstairs - Rachel Hawkins 🎧
Jane Eyre meets Gone Girl? I had a fun time with the terrible characters in this quasi-retelling. No one is likeable, Jane is not our heroine, and Eddie Rochester deserves what ever he gets. But it was still fun to see how Hawkins kept some of the plot elements in her suspense, thriller type book. I had a slight problem with part of the ending (seemed out of (terrible) character) but still was fun. 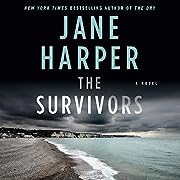 The Survivors - Jane Harper 🎧
Jane Harper has built a nice little corner of the mystery market and her books are reliable and well done. She builds up the relationships between characters and gradually reveals the back story, while taking full advantage of the Australian setting. This one was set in a tourist community on Tasmania which reminded me of PEI. Those that stay, and work the tourism season, and those who go to the big city but come back to visit. The memories of what everyone did as a kid are long. Kieran comes home with his wife and baby to help his mother prepare to move his dementia father to a LTC facility. Kieran was involved in an incident in the Big Storm where some people died years ago, and everyone knows what happened, and everyone has reasons to lie about some aspect of it.

Leave the World Behind - Rumaan Alam
Talk about building suspense and not knowing what is going on! A couple from New York City and their two teenage children head to Long Island to an AirBnB for the week. While there, the home owners appear and with a blackout occuring and no internet, it is not clear at all what is going on. That unease continues as they two families try to figure out what they should be doing. This was another Tournament of Books entry and should cause lots of conversation.