This topic, Ten Most Recent Reads, is always a good one and give me a little push to get some reviews done. I've got a few from reliable series, a few nonfiction, a few Canadian, and several from the Women's Prize for Fiction longlist. Here's the full longlist:

*The Vanishing Half by Brit Bennett (audiobook waitlist)
Small Pleasures by Clare Chambers
*Piranesi by Susanna Clarke (loved!)
The Golden Rule by Amanda Craig
Exciting Times by Naoise Dolan (reviewed below)
Burnt Sugar by Avni Doshi (reviewed below)
Because of You by Dawn French (want to read, not available yet)
*Unsettled Ground by Claire Fuller (not available yet in Canada)
*Transcendent Kingdom by Yaa Gyasi (liked it)
*How the One-Armed Sister Cleans Her House by Cherie Jones (reviewed below)
Luster by Raven Leilani (not a fan, but better than Burnt Sugar)
*No One is Talking About This by Patricia Lockwood (reviewed below)
Consent by Annabel Lyon (Canadian, liked, will try to review later)
Nothing But Blue Sky by Kathleen MacMahon (haven't seen at all)
Detransition, Baby by Torrey Peters (audiobook waitlist)
Summer by Ali Smith (just picked up from the library!)
*shortlisted

For more lists, and for future topics, check out That Artsy Reader Girl . 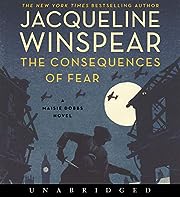 The Consequences of Fear - Jacqueline Winspear  🎧
Book number 16 in the Maisie Dobbs series. It's a good, reliable series with developed characters and a reasonable plot. I might be getting a bit tired of the series, and at times Maisie is a tad annoyingly perfect. In what started as a post WW1 series, has now become mired in the middle of WW2 London.

Burnt Sugar - Avni Doshi  🎧
I've got a few books that I read this month that were on the Women's Prize for Fiction Longlist and I might not have read otherwise. This was probably my least favourite of the nominees. The plot involves a daughter dealing with her mother's progressing dementia, but their relationship has not been good, and the daughter has a lot of resentment. The mother ran from an arranged marriage to live in an ashram, which sounds like a religious cult house in India, taking her daughter. The mother never really looked out for her daughter, and now the daughter has to look out for the mother. Lots of bad feelings and resentment, and characters that are very difficult to like or cheer for.

How to Train an Elephant - Alexander McCall Smith
Aw, a little mystery, a little time in Botswana, and a little philosophy. I always enjoy my time with Precious Ramotswe, inspiring me to drink some Rooibos (red bush) tea. 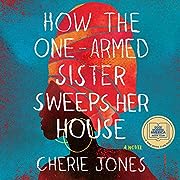 How the One-Armed Sister Sweeps Her House - Cherie Jones 🎧
A Women's Prize for Fiction longlist set in Barbados, with a bit of a mystery. It's a sad story of Lala and her abusive, small-time criminal husband, eking out a living on the tourist beach. Lala comes from a long line of poor women in bad relationships, so she really didn't have much of a chance. There are some crimes and deaths, which lead to the bit of a mystery. The narrator had a very, very strong accent, and while it leant the Caribbean atmosphere, it was also a bit hard to follow. 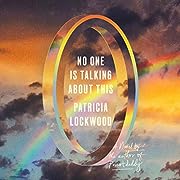 No One is Talking About This - Patricia Lockwood 🎧
Probably the Women's Prize for Fiction longlist I liked the best this month. The first part of the book follows the main character, who is a Twitter-star. It's not really Twitter, but it definitely is. There is the mind-think, the quick reactions, the meme-defining people who build a life/career based on a moment in time. It's the kind of clever, funny, a-ha comments that are fun, but aren't enough to sustain a book. Especially since there is not really a plot in this part, although we see the main character and her family a bit. Suddenly, she gets a message, and the on-line world becomes much less important as she deals with a real life family emergency. The clever part was clever, and then there was a bit of a story. The afterward by the author shows that the story was semi-autobiographical. 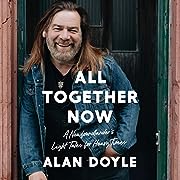 All Together Now: A Newfoundlander's Light Tales for Heavy Times - Alan Doyle 🎧

This series of essays, humourous stories is exactly what it claims to be: light tales for heavy times. Alan Doyle, on lock-down like everyone, and unable to tour, wrote these stories to find a way to entertain. Having his voice narrate makes you feel like you are almost at a Great Big Sea concert. Doyle is a natural story-teller, and if you ever get a chance to see Great Big Sea in person, you must. Pure entertainment and enjoyment. The book is part memoir as many of his stories are from growing up in Petty Harbour, Newfoundland and part stories from the road. Fun, fun, times. 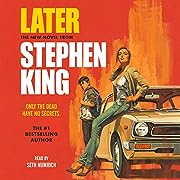 Later - Stephen King 🎧
Ooh, a new Stephen King, and it's practically a novella, by Stephen King standards. Classic King - coming of age story of our narrator, from young boy to college age, combined with some freaky supernatural stuff. Jamie can see dead people, like in the Sixth Sense, but a little more, as he can talk to them for a little while. For fans of King, and if you haven't read any before, this is a pretty good representation of his writing, and would be a great way to start. (There is some gore, but there always is!)

Exciting Times - Naoise Dolan (ebook)
An Irish ex-pat teaching English in Hong Kong because she doesn't know what else to do. Making decisions is pretty tough for Ava, and she just lets herself float along, and won't admit any kind of feeling. She's got cynicism down to an art. She ends up living with Julian so she doesn't have to live with her roommates who aren't her fiiends, because she won't even try. Her sad relationship with Julian is that they won't admit they like each other - they agree to use each other essentially. While Julian is away for months for work, Ava meets Edith and forms a possible real relationship, which scares her, a lot, so she finds ways to sabotage herself. So I didn't really like Ava, but I was hoping she could get her act together. I wasn't sure who I wanted her to end up with.
I liked the Hong Kong aspect, as I have a friend who teaches English in Hong Kong, but I don't think she is anything like Ava! 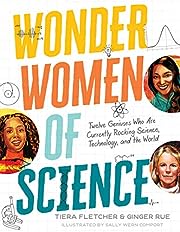 Wonder Women of Science: How 12 Geniuses are Rocking Science, Technology, and the World - Tiera Fletcher
I won this book in the Early Reviewer program at Librarything where you can get a newly released book in exchange for a review. Here's what I wrote at LT:
It's always good to expand your knowledge of women in science beyond Marie Curie. Even other biographies I've read tend to focus on historical women in science but this book is thoroughly modern. Twelve women from various specialties are highlighted. Each gets a little background on how they ended up in their STEM field, and a description of their contribution and their often unique field. Each also offers some advice and describes their motto in life. While mostly US-centric, there are women from some other countries profiled.Studying the layers of dirt in the Earth to make predictions for future climate based on past, designing new space suits, studying tapirs and their role in ecosystems, keeping water clean in the ISS - each new topic and field of study was more interesting than the last. There is some information on the topic presented for each biography and could be a starting point for some young person to start investigating.All of this is written for a late elementary/junior high school aged reader. So while I liked the information, the writing was definitely not for adults. Which is fine - I am not the target audience, and I will be pleased to add this book to my classroom library. 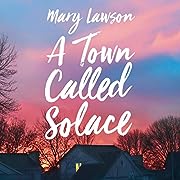 Definitely read the best book of the month last. I was quick to request A Town Called Solace because I've really liked Mary Lawson's books before. In fact, I've read all her previous books: Crow Lake, Road Ends, and The Other Side of the Bridge. What you will get from a Mary Lawson book is a Northern Ontario setting, families, and lots of emotion. She has a way of writing that just breaks my heart.
Here we follow three main characters - a young girl, Clara, whose sister is missing; Clara's neighbour, elderly Elizabeth who is in the hospital, and twenty-something Liam, who Elizabeth has left her house to. Liam has come from Toronto and the heels of a broken marriage. The three of them have assorted interactions, past and present, and are able to give each other something that they each need. They all make mistakes, and are trying to sort out their lives. My favourite books is still Crow Lake, but this one is pretty close.
raidergirl3 at 6:00 AM